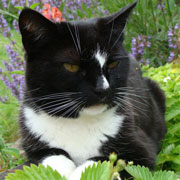 Ruth's on a First Great Western 125
Thinking, as it's September, she should strive
To start the verses for our annual rhyme
To summarise another chunk of time.

A time, she has to say, that started badly.
We heard that our dear friend was ill, and sadly
Was given but three months. In March she died.
Her influence outlives her, far and wide.

So January brought thick winter snow
A sight not all that common in Chepstow.
The roads were by the weather's harshness pounded,
But photo opportunities abounded.

We went to Birmingham so Ruth could go
And see Strictly Come Dancing's touring show.
'Twas much enjoyed. We stayed in Coventry
And next day the Cathedral went to see.

We took Mum Vera through the Heart of Wales,
A scenic train ride through the hills and vales
From Swansea up to Shropshire; on the way
Went to Llandrindod Wells for one night's stay.

Carmarthenshire is gorgeous in the sun.
Especially the day there was not one,
No, not one single plane make e'en a peep -
Volcanic ash had put them all to sleep.

We spent a weekend there. An owl we met
At a great B and B we shan't forget.
The Dylan Thomas boathouse fascinated,
And scenery and gardens senses sated.

Ruth's work provided challenge and the chance
A colleague's and her own career to advance.
Despite misgivings, all worked in the end -
She shared her knowledge, and acquired a friend.

A major challenge Adrian had to face
Was job loss and pay cuts at his work place.
And for his job he had to re-apply.
Thank God he got it; he's now flying high.

Our garden's fruit and vegetables have been
Among the best that we have ever seen
Or tasted. So it seems the winter snow
Was good - because it helped our garden grow!

We had another season cricket-watching,
Another one our team succeeded botching.
They plucked defeat from victory's jaws, which cost
Promotion, and key players to us lost.

The Ryder Cup was played close by this year;
Our hols we took, rather than staying here,
And gave the house up for some friends to stay.
To Mum's and Brittany we went away.

We loved the rugged coast of Finisterre,
And the historic city of Quimper.
The weather was OK - more sun than rain -
And we have vowed we'll visit there again.

And when your coastal visit coincides
With awesome and spectacular spring tides,
You cannot but be drawn by nature's powers.
We watched and photographed for several hours.

We ended this our two week break with Mum.
More waves and coastal ozone were to come
When surf was high at Bantham beach. A way
Most pleasant for to end our holiday.

And now there's worry and uncertainty
For Ruth, as spending cuts will mean that she
No longer in the job she loves may stay.
What will she do now? No-one yet can say.

Perhaps by time you read this we'll know more.
For now, it's carry on just as before
Enjoying work and hoping for the best...
Hoping the future's not too tough a test.

And on that downbeat note we'll take our leave.
A rollercoaster year, you'd best believe,
Is soon to end. And so, dear friends, to you
We wish peace and all good things for the new.