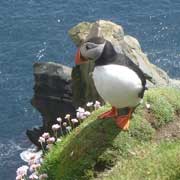 The trees are red, the mist is in the vale,
Low rising, the sun's strength begins to fail;
Autumnal chill pervades the dark'ning night -
It must be time the Christmas poem to write.

And as you read, you'll see the weather seems
To be among my most consistent themes.
And though some new ideas are my intention,
The usual suspects also get a mention.

November last year saw me change my car,
A new style Vauxhall Corsa diesel. Far
And wide I now am travelling with my job.
But January problems made me sob.

I'd gone to Worcester in the foulest weather,
To sing, and see my cousins - altogether
The ideal way a weekend should be spent -
But then, outside their house, the car's clutch went.

This is a longer story, but not now.
Suffice to say the car was fixed. Somehow
Helped by my cousins and a colleague-friend,
It all worked out just perfect in the end.

Mum visited at Easter. You'll recall
The weather wasn't very warm at all.
So right on cue, our central heating failed,
And Mum's spring holiday was thus curtailed.

We saw a one-day "test". It was exciting.
New Zealand flagged; we found ourselves inviting
Their team to make a game of it - have fun.
They took it so to heart they went and won!

The county cricket season was plain bad
For Gloucestershire the worst they've ever had
Since we have been supporting them, and yet
We'll carry on - they need all they can get!

Despite the rotten summer, I got brown
From working in the garden, knuckling down
With beans, potatoes and (a first) cucumber -
The latter yielding seven fruits in number.

I also planted brassicas, and found,
Despite the copious netting placed around,
That cabbage whites both fertile were and canny,
Secreting eggs in every nook and cranny.

Their caterpillars chomped the leafy flesh -
The "net" result? We must get smaller mesh!
The slugs and snails had more than their fair share
Sampling the Sharville Restaurant's bill of fare.

Our weather forecast system proved to be
More accurate than e'en the BBC.
For when on nights, poor Adrian would need
To sleep all day - so sun was guaranteed!

He has a sleep disorder, and he now
Uses a breathing box, which helps somehow
By making sure air to his lungs gets through.
(It looks like something out of "Dr. Who"!)

We had a lovely holiday up where
The summer really happened. Yes, 'twas there
In Shetland, where July was far from bad,
And May the sunniest month they've ever had.

We saw our friends, and caught the Fair Isle sun.
At Sumburgh Head with puffins we had fun.
So good to stroll down Lerwick's friendly street
Where many folk we knew we chanced to meet.

We've been to operas, concerts, Proms and plays,
Seen artistes young, and not-so-young, amaze:
Like Gwilym Simcock, Simon Rattle, and
The Zombies - in their sixties - what a band!

We had a trip to Bruges all planned, but we
Did not that lovely city get to see.
The Belgian workers went on strike, so trains
Did not get through. Instead we went to Staines!

To Devon we took Flash to stay with Vera
And went to London. It would have been dearer
To go elsewhere, we had the tickets, so
A cheap hotel we booked, and off we'd go.

Our train was really late; but we weren't fraught
Knowing the Eurostar we'd not have caught.
Then Ade got ill in Kensington, so we
Spent half the evening there in A and E.

Bruges wasn't meant to be, but come next year
We'll try again. It's paid for, and we hear
The beer and chips are good, (but for paella
We plan to go - by train - to Compostela...)

Another trip, for which I did NOT cater -
An incident with an up-escalator
In London, when a drunken man decided
To fall straight backwards, and with me collided.

I landed on my bum, and I could feel
The new steps form beneath. It was unreal.
I called for help and someone stopped the stair.
The drunk just pinned me down, without a care.

My friend was there, and saw I was all right
Thought shaken up and bruised - it was a fright.
The drunk departed, clearly unaware
Of all the problems he had caused right there.

So now we can look forward to next year.
With trains that run on time, and Belgian beer,
A bit of Spanish sun and culture, and
We hope, some cabbage from our fertile land.

From Adrian and me and our cat, Flash,
We hope you have enjoyed this annual bash
At entertaining you. And so good cheer
For Christmas, and the best for the New Year.